The Antico Palazzo dei Vescovi, located in Piazza del Duomo in Pistoia, was first documented in 1091. Initially built as a fortified residence, in the 12th century it began to look more like a stately home. Among its many features, the building houses the sacristy of San Jacopo, built between 1163 and 1170, where Vanni Fucci committed the theft described by Dante in Canto 24 of Inferno. By the 16th century the building had acquired a high level of elegance but began to be considered lacking in service rooms, and Bishop Scipione de’ Ricci therefore obtained permission from Peter Leopold, the Grand Duke of Tuscany, to build a new bishop’s palace. In the decades that followed, it was sold to private individuals and was extensively remodelled, the number of internal levels was increased, and the facades were heavily modified. In 1976, the Cassa di Risparmio di Pistoia e Pescia began a complex restoration of the building, which was completed in 1980, recovering many of the structures and the original appearance. Now owned by the Fondazione Caript, the Palazzo represents one of the Fondazione Pistoia Musei’s high points, dedicated to ancient and modern art.

The Percorso archeologico attrezzato, an archaeological itinerary with displays mounted in the basement of the Antico Palazzo dei Vescovi, offers the only visible evidence of the city’s archaeological layers, from the Roman era to the current modern day. The exhibition that is being shown today is the result of extensive research carried out while the building was being restored.
The items found form a veritable archive of information and represent the largest existing database on the city’s ancient and early-medieval history.

The rooms of the Museo della Cattedrale di San Zeno contain important liturgical furnishings that have belonged to the Pistoia cathedral over the course of several centuries. Being able to admire them in coeval surroundings that are linked to religious worship makes the mounting and staging of these important works even more fascinating. One particularly charming and evocative spot is the “the sacristy of […] fair ornaments” recalled in Dante (Inferno, Canto 24), in which the famous crime of “Vanni Fucci, beast” took place. Another context that gives much food for thought is the Cappella di San Niccolò, the bishop’s private chapel, modelled on the cult of Saint James the Great of Compostela, which was frescoed during the 14th century and which, between the end of the 14th and the early 15th centuries was deconsecrated and made into a prison. Graffiti scratched into the walls by the prisoners are still partially legible.

The Palazzo dei Vescovi also houses important modern works. These include a Pomona by Marino Marini (1901-1980), dated 1945, and the Tempere Murali by Giovanni Boldini (1842-1931). This series of “fresco secco” tempera murals by the Ferrara artist was originally painted on the walls of a room in Villa La Falconiera near Collegigliato (Pistoia), where the painter lived between 1866 and 1870. Today the carefully restored murals can be admired in a specially reconstructed room on the first floor of the Palazzo.

The Bigongiari Collection was set up in the old bishop’s palace in 2003. The poet Piero Bigongiari’s lifelong passion for seventeenth-century art now allows us to admire a magnificent collection of over forty paintings. The collection is one of the most significant collections from post-war Italy and, given the significant number of works by Florence’s leading artists of the seventeenth century, is one of the most important private collection in the world in terms of enhancing our knowledge of Florentine art of that period.

The ‘millefiori’ tapestry is a textile wall hanging made around 1530 in Enghien, in Flanders. It is characterized by its complex compositional arrangement. Over a midnight blue background spreads a polychrome world of flowers – alluding to Paradise or the Celestial Garden – in which we find rabbits hopping in undisturbed freedom among their burrows, a mythical unicorn, and two fanciful animals facing each other as if on a coat of arms, as well as a series of birds rendered in a fresh naturalistic colours.
The unusual compositional creativity, the choice of the range of colours, the skilful technical realization and the extraordinary symbolic complexity of the elements created by its interweaving, are all characteristic of this wonderful tapestry.

The Museo Tattile: La città da toccare itinerary, designed specifically for visually impaired and blind individuals, includes four tactile models that can be taken apart, providing scale-reproductions of Pistoia’s main monuments – the Palazzo Comunale, the Cattedrale di San Zeno, the Battistero di San Giovanni and the Basilica della Madonna dell’Umiltà – as well as two models of details and six panels that offer a tactile exploration of the various materials used in the city’s most important buildings. 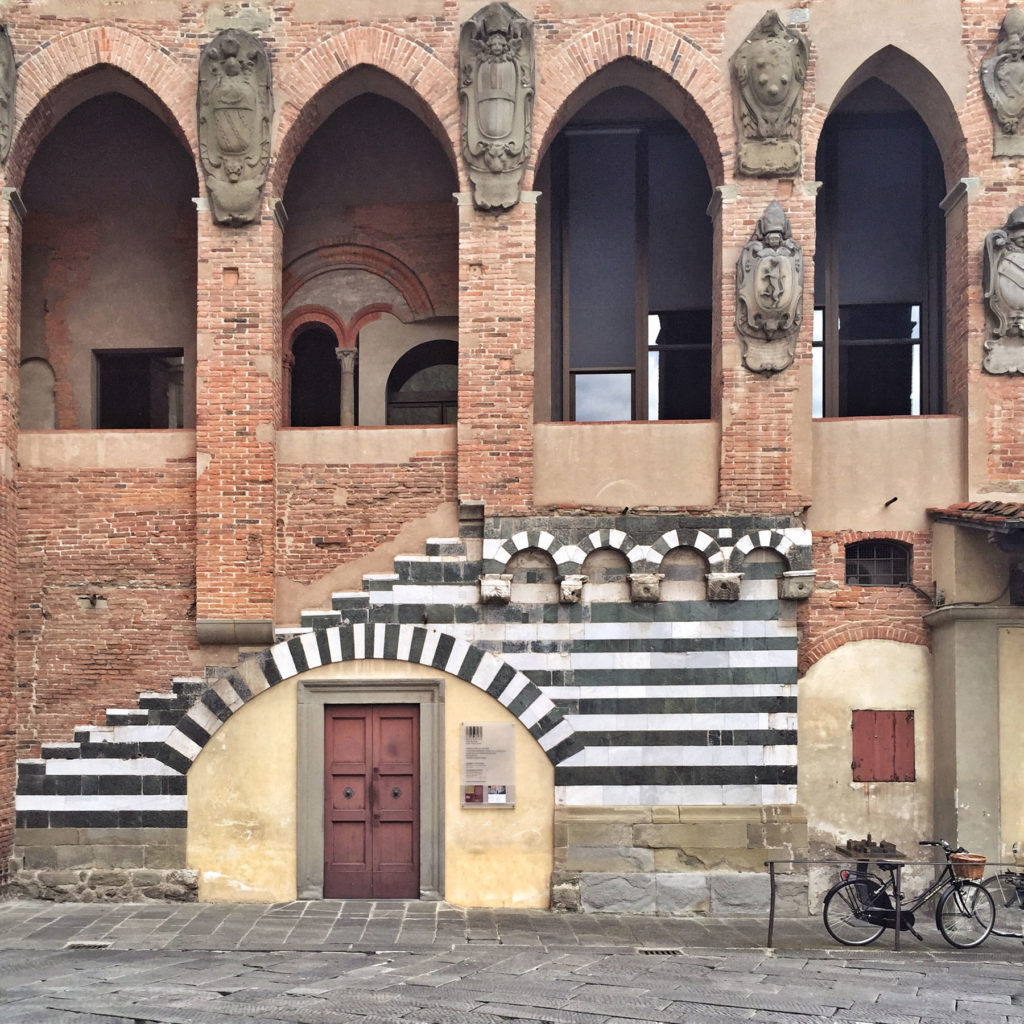 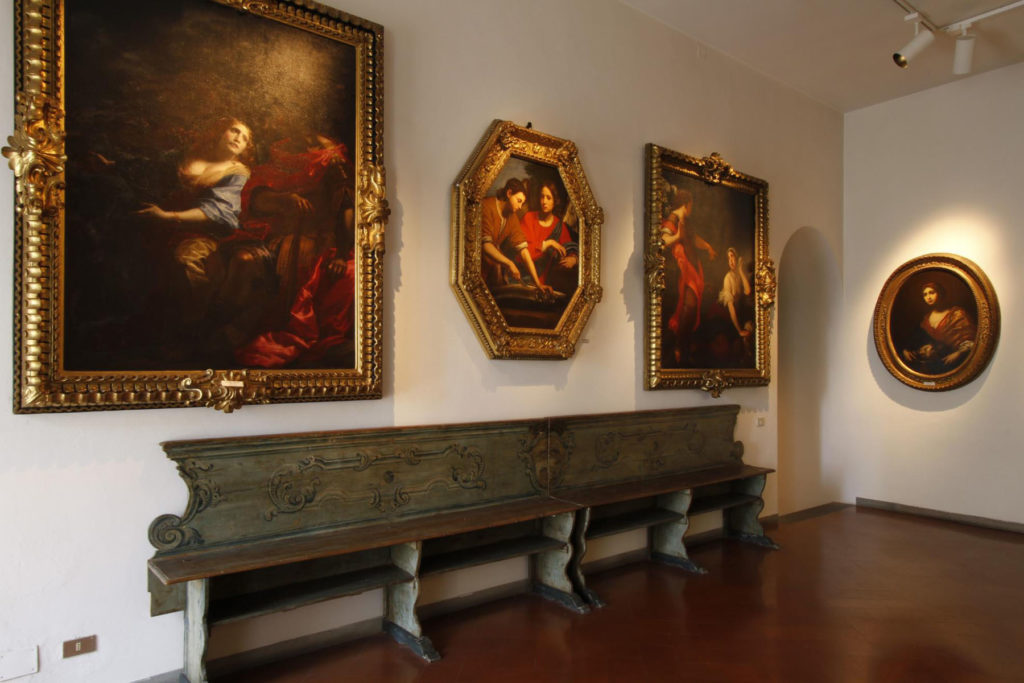 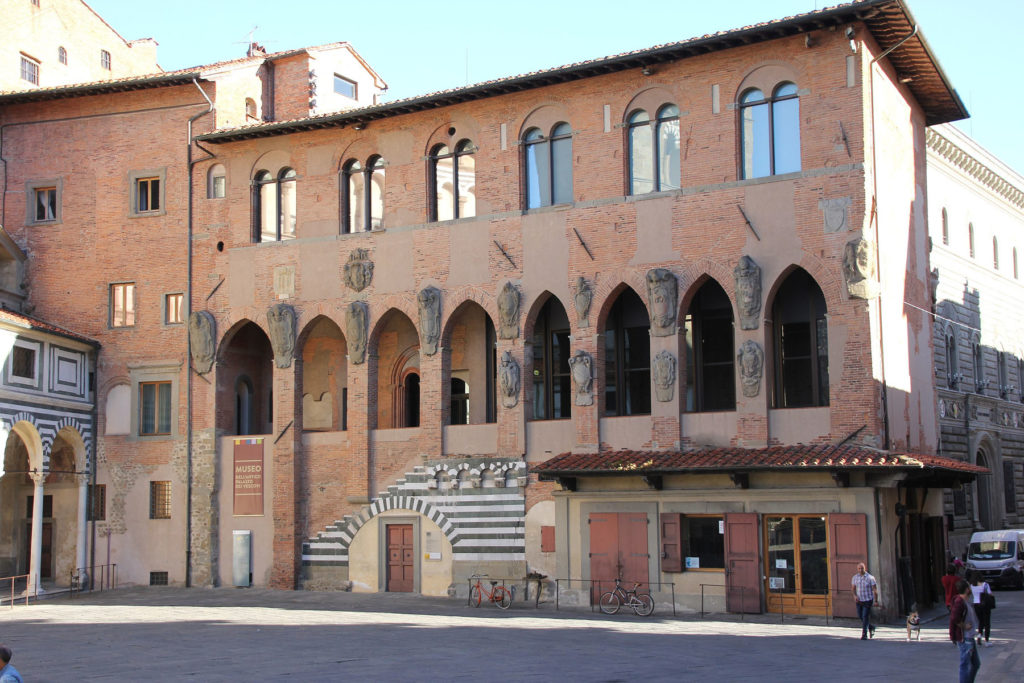 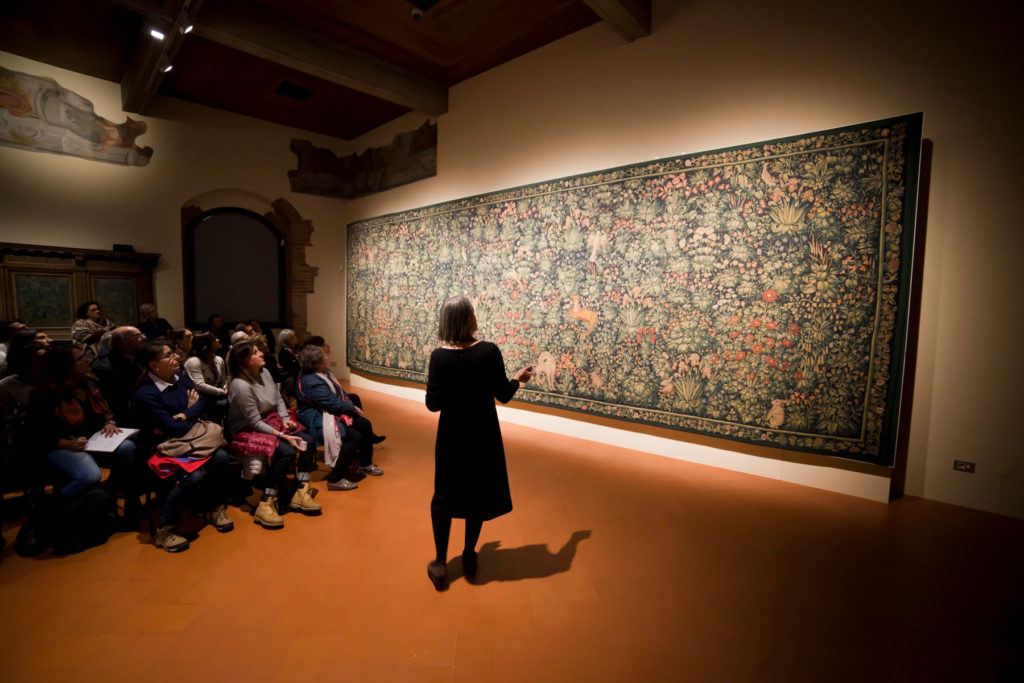 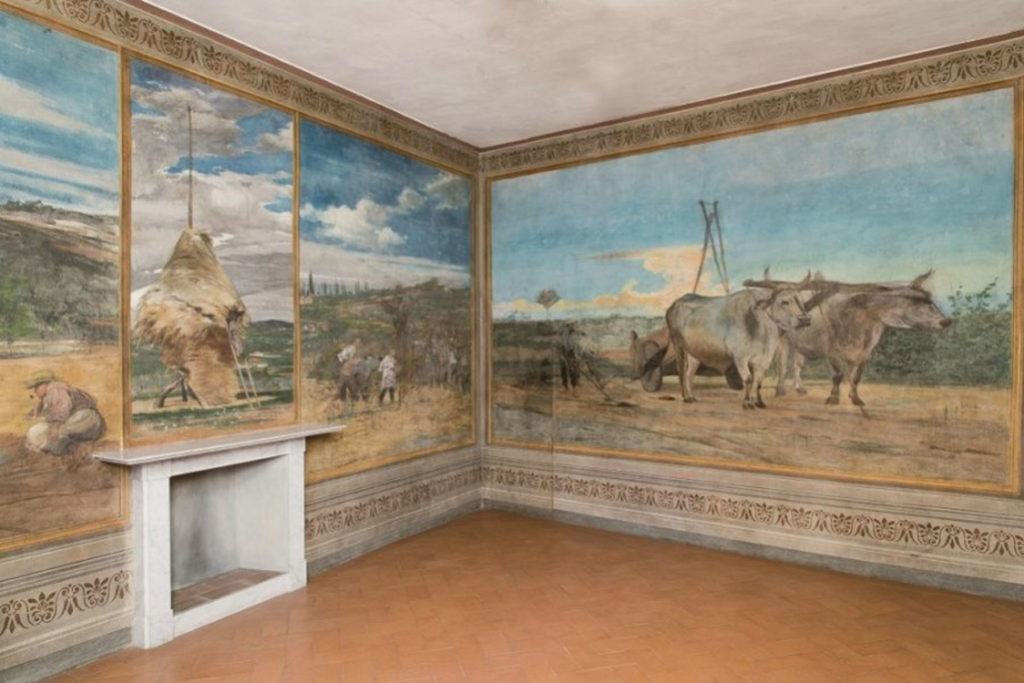